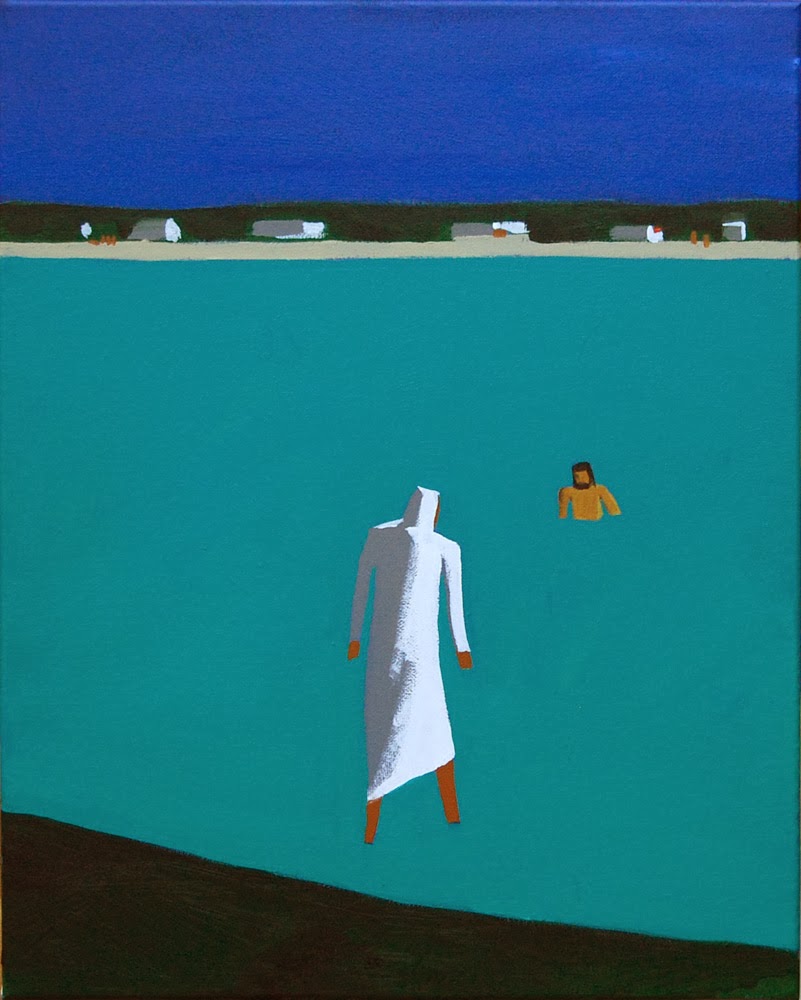 In December my wife and I attended a Christmas party for Baptist clergy and spouses at Camp Sentinel in Tuftonboro. We were sitting around the roughhewn wooden tables munching on Christmas fare and getting to know each other better.

A pastor from Wolfeboro asked where I was from. I said I was originally from Danvers, Massachusetts. Because this was a Baptist gathering, I added that I was baptized as an adult at the First Baptist Church in Danversport.

Another minister at the table replied, “Me, too!” It was John Babson, a minister serving as a chaplain in the Lakes Region. I had gotten to know him recently, and I had even invited to preach in Sandwich on the Sunday before Thanksgiving.

He recalled more details of the occasion than I could. He remembered me as a large, bearded young man with long hair. (It was the seventies, after all.) He said when I came up from the water I “looked just like Jesus.” My memories of him were vaguer, but I recall another man about my age being baptized that day.

Here we were forty years later, both Baptist ministers serving in the same area. Someone at the table commented on the chances that two young men baptized in a small church at the same time would become ministers.

Even more unlikely is the fact that we are still in active ministry after all these years. Most ministers don’t last that long. Statistics show that 60% to 80% of those who enter the ministry will not still be in it 10 years later, and only a fraction will stay in it as a lifetime career.

This providential encounter at a Christmas party has made me think back on my baptism. I was meditating on it during a worship service recently while we were on vacation in the Florida Keys. The gospel lesson for the day was on the baptism of Jesus.

As the preacher preached, my mind drifted. (I am sure that does not happen to anyone listening to my sermons!) In my imagination I returned to my own baptism. It was the turning point of my life. John Babson said I reminded him of Jesus emerging from the baptismal waters. I don’t know about that, but I know Christ was present at that beach.

With summer sunbathers watching, two young men professed their faith in Jesus Christ and were immersed at a public beach. Spectators likely thought it was a curious sight, but they have long forgotten it. We have not forgotten. We are still disciples of Jesus and ministers of Christ after all those years.

Posted by Marshall Davis at 9:30 AM