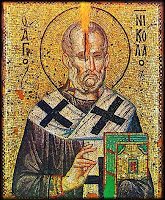 Recently I was watching a television report about the oil spill in the Gulf Coast. An oysterman was being interviewed while standing next to a mountain of oyster shells. Whereas I should have been paying attention to the effects of this ecological disaster on the seafood industry, I could not get my eyes off Mount Oyster Shell. How many shells were in that huge mound? Hundreds of thousands, perhaps millions?

My mind waxed philosophical. Plato said that we dwell in our bodies like oysters in their shells. He was referring to the dualistic concept of body and soul, which was incorporated into Christianity. I have my own oyster philosophy.

God is the oyster; we are the shells. The apostle Paul said as much; he just used a slightly different metaphor. He taught that we are temples of the Holy Spirit. We are the physical structure in which the divine Spirit dwells. We are nothing but shells - physical shells, psychological shells, emotional shells. When we realize this, we become the shells of our former selves.

One of the most exciting experiences of the Christian spiritual life is the awareness of the Holy Spirit in us. We can frame this also as Christ in us, or God in us. Ultimately it is all the same because the three Personae of the Trinity are the same Deity. God is God, whatever name you give Him. God dwells in us. "Christ in you, the hope of glory."

Or perhaps it is more accurate to say that we are in God. How can the Limitless be within a limited form? How can the infinite be confined by the finite? It is impossible.

The ancient Hebrews understood the Ark of the Covenant as God in a box. But God was not in the box kept in the temple. He was not even in their temple. Solomon said, "But will God really dwell on earth with men? The heavens, even the highest heavens, cannot contain you. How much less this temple I have built!" The box was in God. The temple was in God. We are in God, and God is in us.

The ark and the temple are symbols of man. We are boxes of God, shells of divinity. The spiritual life is the process of taking the lid off the ark, shedding the shell. At death our physical shell dissolves, but we do not have to wait until our bodies reach room temperature to realize our destiny. The shell just needs to be cracked a bit.