The Song of Creation 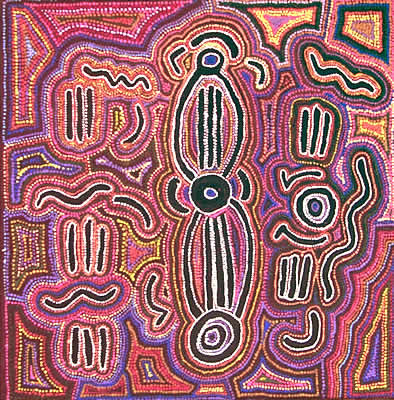 Christian theology declares that God created the world from nothing, creatio ex nihilo. But the singing philosopher, Maria von Trapp, taught us, "Nothing comes from nothing. Nothing ever could." God did not create the universe from preexistent matter, but he did create it from his words. God spoke the universe into existence.

In the beginning there was nothing, and God said, 'Let there be..., and there was...." The world is the Word of God. Before there was the written word, there was the word of Creation. Rocks and trees, skies and seas, are divine verbs and nouns, adjectives and adverbs. We are surrounded by divine speech, immersed in the Word of God. It is just a matter of translation.

It is not hard to hear what the universe is saying. The psalmist says, "The heavens declare the glory of God; the skies proclaim the work of his hands. Day after day they pour forth speech; night after night they display knowledge. There is no speech or language where their voice is not heard. Their voice goes out into all the earth, their words to the ends of the world."

The apostle Paul says, "For since the creation of the world God's invisible qualities - his eternal power and divine nature - have been clearly seen, being understood from what has been made, so that men are without excuse."

Do you hear it? Of course you do! It is the substance of your being. It is what we are made of. It is a word of peace beneath the wars of the human heart. It is a wholeness that orchestrates the cacophony of our lives into harmony. It is unity that underlies all manmade divisions. It is the word that still resonates deep in the human soul. It is the song of God.

I like to think that there was a lilt in God's voice as he created the world. Surely it was not in a dull monotone that God spoke songbirds into existence! Job says that when God laid the foundations of the earth that "the morning stars sang together and all the sons of God shouted for joy!" They were joining in God's song. Emerson said that music is the language of heaven. Surely the Lord would have used his native tongue to create the world!

Creation is a song. We are a song ... sung by the Creator to the Creator. When we gather for worship it is natural to join in this song of praise. What else could the creation do in the presence of the Creator?

But human tunes are poor imitations of the celestial symphony. That is why we need long periods of silence as well - the silence of prayer and meditation. In the silence we hear the original chords of heaven, the ground of our existence, the song of silence.
___________